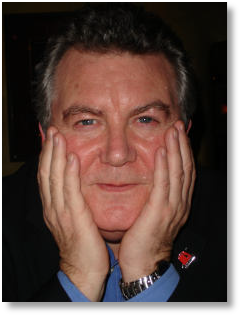 He is the author of several books, including “Freddie Starr – Unwrapped! “, “The Big Thick Joe Pasquale Book”, and “Money Talks!”.

Alan has written over twenty pantomimes for leading theatre producers, wrote the book(script) for the Kings Head Theatre Islington’s musical “The Famous Five“ which also toured the U.K., and the musical “Don’t You Rock Me Daddio!” with music & lyrics by Joe Brown and Roger Cook.

Alan’s film “ Bloodline “, won the Best Short Film Award at the 2008 Marbella International Film Festival  and was subsequently shown at the Gotham Screen Festival in New York and the Festival Of British Cinema in Hay On Wye.

He has two screenplays in development – “ The Astrologer “, a comedy-thriller set in London and Mumbai and a supernatural western entitled “ Blood Moon”.

Alan is currently working on a science-fiction TV mini-series for a production company in Finland, updates a comedian’s blog every month and continues to supply entertainers & journalists with up-to-the-minute comedy material.

A horror film starring Christopher Cazenove. Winner of the Best Short Film Award at the 2008 Marbella International Film Festival. Made by The Motion Picture House

“King Of The Callers”

Documentary about the National Bingo Caller Of The Year Contest

A screenplay written with Vishal Bhandari

A stage farce. Produced By The Owen Money Theatre Company

Pantomime for the 2008/9 season. Produced by  The Owen Money Theatre Company.

“Don’t You Rock Me Daddio!”

Scroll back to top