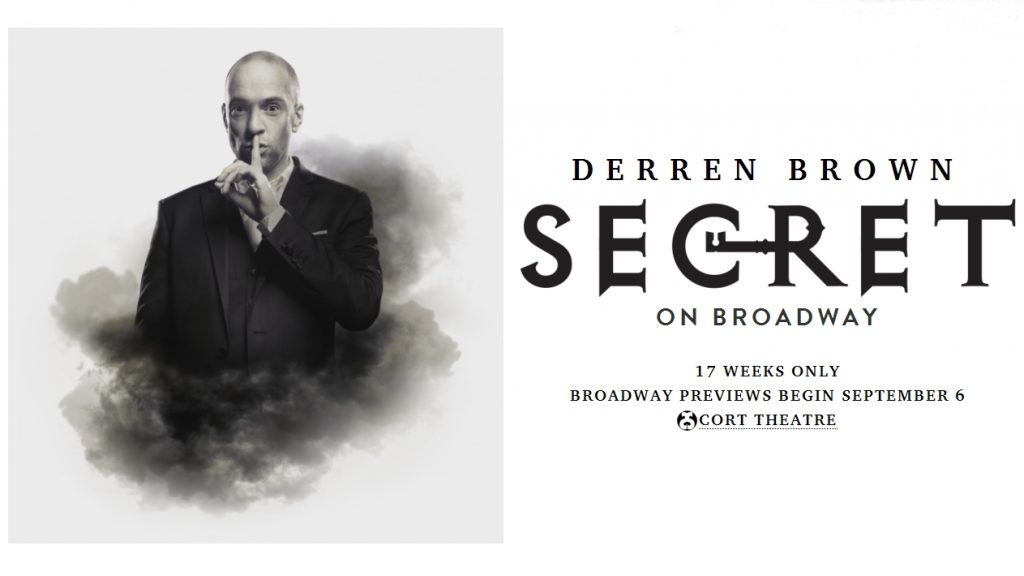 Derren Brown has become one of the country’s best known performers; as much admired for his unique talents as vilified for his more controversial stunts. He has been compared to a Jedi and dubbed the scariest man in Britain; there have been calls for him to be banned and to be burnt at the stake.

His series and specials have received many industry award nominations and DERREN BROWN: MIND CONTROL won The Silver Rose in the Variety Category at Rose d’Or Montreux 2003. His 2005 live show SOMETHING WICKED THIS WAY COMES at the Cambridge Theatre won an Olivier Award for Best Entertainment Show.

Derren’s act is 45 – 50 minutes of mind-reading and psychological manipulation, full of audience participation and sharp humour. He begins by making the whole audience stand and works with them as a whole, whittling them down through a psychological game to the least malleable of the group.  Starting with one of these ‘challengers’, he then chooses his volunteers on an individual basis as he goes along (Derren will always check first with the client in case any guests would be inappropriate to call up).

The first volunteer forms the framework of the show, as she gambles light-heartedly in a game of wits with Derren throughout the act and tries to win a sizeable chunk of money. Volunteers are invited onto his stage to experience his ‘mind-reading’ and a series of stunning games and displays. He does not hypnotise them, yet the show is a jaw-dropping display of influence and unconscious control – a sort of psychological magic show.

The finish is a high-energy and hugely surprising finale using a random guest from the back of the room. The precise content of the show will vary from show to show, depending on Derren’s volunteers, but he is charming, funny and respectful; as well as being a very talented performer who ensures the audience are left amazed and with lots to eagerly talk about. Obviously we’ll do our best to answer any specific questions you may have.

Many thanks for liaising with Derren and helping to sort out yesterday evening’s event. I am reliably informed that everyone was “blown away”, and have heard words bandied about like “amazing”, “fantastic”, “unbelievable”. All in all, a great success.

Please pass on the group’s appreciation to Derren.

fantastic last night. The event went really well and he was truly a crowning glory

thanks for all your help on this one.

“This guy’s powers could seriously freak you out” (Daily Star)

“It’s impossible not to be impressed by Brown’s brilliance and baffling shtick. (London  Evening Standard)

“One of the most proficient illusionists on the planet….any planet” (Glasgow  Herald)

“He’s at the height of his considerable powers” (Nuts)

“We know that really he’s a warlock” (Heat)

Scroll back to top